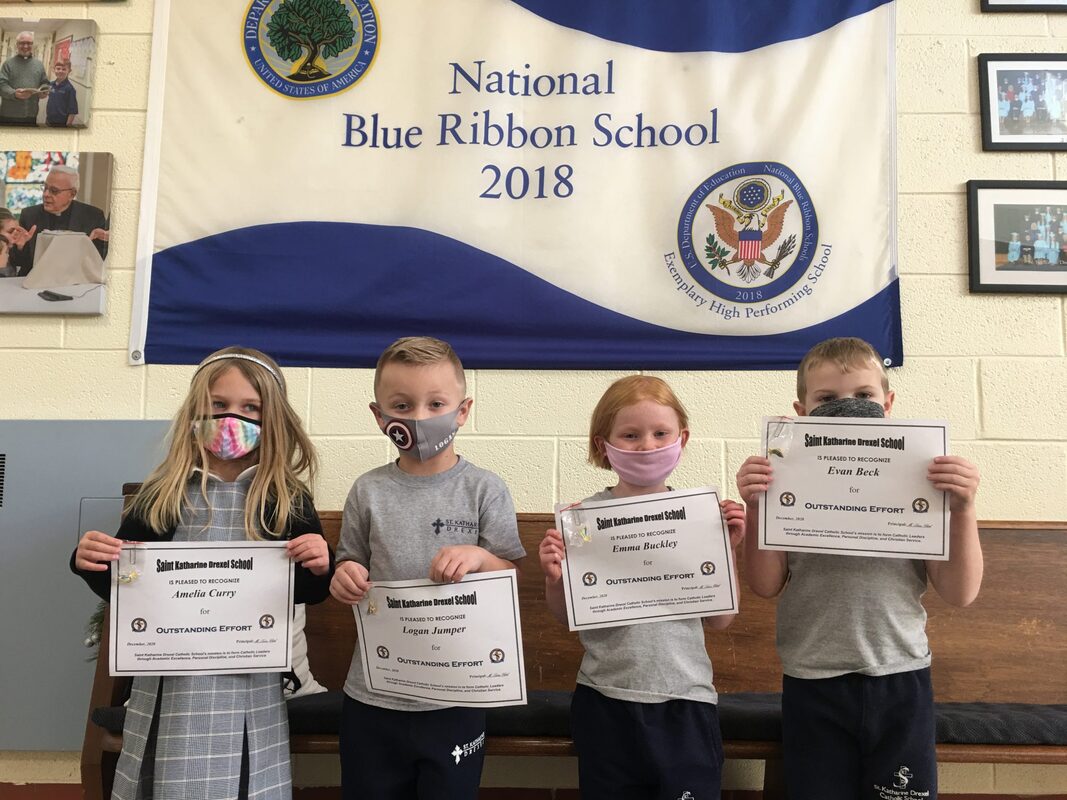 ​Saint Katharine Drexel Catholic School was designated a 2018 National Blue Ribbon School of Excellence, the most prestigious education award in the country, for its excellence in leadership, teaching, curriculum, student achievement, parent involvement, and community support. The program honors public and private elementary, middle and high schools that have placed in the top 10 percent on state or national assessments, among other criteria.

Schools selected for recognition prepared an extensive written nomination package representing a thorough self-evaluation. The process involved assessing the strengths and weaknesses of the school and developing plans to improve for the future.

Of over 35,000 private schools nationwide, only 49 were selected to receive this distinction.

Principal, Laura Clark and Pastors, Monsignor John Marine and Reverend Michael Davis received the award in the school’s first year of eligibility on behalf of St. Katharine Drexel School at a ceremony in Washington, D.C., and school-wide celebrations followed throughout the academic year.

​“I’m pleased to celebrate with you as your school is named a National Blue Ribbon School,” said U.S. Secretary of Education Betsy DeVos in a video message to the honorees.  “We recognize and honor your important work in preparing students for successful careers and meaningful lives. Congratulations on your students’ accomplishments and for your extraordinary commitment to meeting their unique needs.”

All schools are honored in one of two performance categories, based on all student scores, subgroup student scores and graduation rates:
Up to 420 schools may be nominated each year. The Department invites National Blue Ribbon School nominations from the top education official in all states, the District of Columbia, Puerto Rico, the Virgin Islands, the Department of Defense Education Activity and the Bureau of Indian Education. Private schools are nominated by The Council for American Private Education (CAPE). 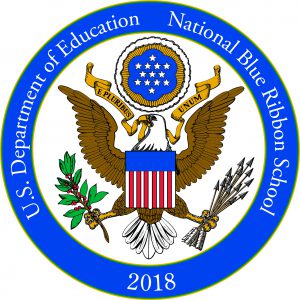 US Department of Education